Or Growth Mindset Over Minecraft 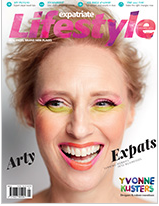 “Icepack! Put Dad’s ice-pack on it. No… put ALL Dad’s ice-packs on it… and get it strapped at school tomorrow” chirped our headphoned “ten-ager” from the back seat of the car in response to my fast ballooning knee.

“That’ll keep you going. Was this wakeboarding injury worth it?” smiled the school nurse the next day.

Being a parent is anything but easy.

Whilst sailing in Thailand, I couldn’t keep my son, Tas, out of the water. This was the perfect expat picture that we could only imagine many months earlier when we decided to move to KL. But, once back in the city, we couldn’t get him off Minecraft and his computer and into our condo pool. We come from London where school sports can be patchy, pools packed, and the wayward weather can transform sunny Sunday cycles into grinding slogs against the elements, so for us, this desire not to take up the opportunities seemed bonkers.

More worryingly, keeping our expat kid fit and active was going to require more effort than we had expected and relying on school sports and the draw of the condo’s fantastic facilities was clearly not going to be enough. So initially, to keep our son fit (and show him how lucky he was!) we chose to use carrots (TV, Minecraft, etc.) and sticks (after you’ve been swimming / played basketball etc.) , and it worked. A bit. But it was not the fun it was supposed to be.

Then three things happened which made us modify this approach.

Firstly, at GIS we ran a parent workshop about Growth and Fixed Mindsets. Integral to our school life is the development in all of us, staff, students and parents, of a growth mindset. People with fixed mindsets believe that, in it’s simplest form, you are either good at something or you’re not. Our school has a growth mindset. We believe that anyone can be good at anything if they are motivated, well supported and put in enough effort.

Secondly, my husband persuaded Tas to audition for the end of year school musical, Matilda. This was something he was adamant he wouldn’t do, even after doing well in his earlier role as King Claudius.  After talking about how our attitudes impact our performances, he started to understand that he was refusing to audition, because he was sure he would fail.

Thirdly, the haze descended and outdoor activities of all kinds ground to a halt.

We realised that the carrot and stick approach was little more than a containment strategy and was potentially holding Tas back so we determined to come up with a better plan. Our objective for sports would be for Tas to keep fit and, using a growth mindset, learn the benefits of persistence and the fun of learning. To help, we would praise turning up and effort, not achievements.

Tas started wakeboarding. He showed great tenacity for lesson after lesson, until finally getting out of the water. This was a brilliant example of the impact of a growth mindset in action. Then for no apparent reason, he couldn’t get up anymore, and he wanted to give up. That is when I found myself in Putrajaya Lake with a board strapped to my feet…

…the impact was incredible. Once Tas saw me fail again and again, but stick determinedly with it and finally get out of the water, his fear of failure went almost as instantly as my knee!  Four weeks later he’s started jumping the wake.  My middle-aged body hasn’t yet recovered, but I sure as anything know that turning up, and making the effort over and over again made all the difference. Not just for him, but for me too. We both turned the fear of failure into an incentive to try again, and it made what we were doing fun.

Tas did land a starring role in Matilda, and loved every moment of it. It was fantastic and fun. He now swims in Lily’s Sunday morning swimming class, plays weekly cricket after school and goes wakeboarding twice a week.

This approach has worked so well with sport and drama, that we have agreed to now use it with piano lessons … which is why I will be sitting my Grade 3 piano exam with the students at GIS in May!

Being an expat parent is still anything but easy. But since we have moved on from the carrot and stick, we are having heaps of fun.

Sues congratulations on another year full of inspiring observations and efforts. Your mushrooms are very lucky indeed. Keep on keeping on!...
A beautifully written piece and one that I can relate to. I particularly like the Mushroom field/farmer analogy. You clearly know how to motivate people to achieve success. Good on you!...
Great blog and great advice! Take some time out and make sure you have those holidays booked!!...
I really enjoyed the bit about Sir David Brailsfod....
Wow!Excellent!Did that take all summer to write?????...
Mushrooms - cover them in s*** and keep them in the dark???...
An inspiration to newbies! I totally agree with comments below and believe the leadership and culture advice applies across all disciplines....
Really interesting to non-educationalists too Sues (and love that Pat Lencioni gets a mention). I’ve got some interesting stuff on culture by Cameron and Quinn that I’ll share by email....
An interesting and reflective piece. I agree about the importance of "culture" and how long its roots are - very difficult to quantify but immensely influential on pretty much everything that happens ...
Thank you so much for posting such an informative blog. It has been helpful in updating my resume and cover letter for my Special Education job search abroad....
Hey! I loved the blog on recuritment. Hope you are well and enjoying your summer....
Thanks Carol! I think what we always have to remember to do is ask our kids for feedback. Ask them what they enjoyed, learned, preferred. And ask them what they would do differently next time to enj...
Interesting reflection, Susan. Always good to hear what you're thinking. Absolutely agree about the fact that kids are more similar than different - I see that every day too, in secondary - the challe...
Thanks Pete!...
Really enjoyed reading your blog. Very honest and insightful self reflection, always enjoyed listening to you speak. I'm sure you are making a positive impact on your new school. Look forward to rea...
As always thoroughly insightful, reflective and brutally honest. This is why I enjoyed so much working and learning with you. Glad to read that you are well! Take care Jose...
Thanks for your positive words Etienne. And don't sell yourself short, you have always been reflective in your practice! Susan...
Thank you for this Susan. Truly inspiring how you always put learning at the centre of everything you do. I wish to be half as reflective as you are. I will share this post with Katy, our new Assistan...
Thank you Christine!...
Thank you Sarah. So glad it resonated with you too....
Thanks Jus. I am so glad it resonated with you, but not surprised. We should talk about a guest blog from the parent view about how together, parents and schools can better support kids too?...
Dear Sues, This is a thought-provoking and inspiring read which I thoroughly enjoyed! The following part resonated with me: Our students get one shot in our care....We just can’t afford to ge...
Love it! Good on you for challenging yourself beyond expectation, for inspiring others, and never losing sight of why we wanted to teach in the first place....
Love it! ONE shot indeed and if not taken, we miss 100% of it. Looking forward to reading more about your journey, Susan - a written sounding board....
Love this and not just cos I'm in the picture! I do relate to Tobys comment - something about enduring the pain of hard work before the pleasure of success kicks in - or is that just me admitting maso...
Gary, I agree. I wonder perhaps, that many of the conversations around setting SMART targets are just not handled well. It is easy to present someone with a target, but where is the buy in? Commit...
Thanks Jane - I am already looking forward to the next chapter. Lots on the horizon!...
What about a future blog just focussed on compassionately ruthless in the meantime...
I am a learner... And I'm developing my ability to be compassionately ruthless! Great read....
What a learning journey and all in the space of two years. Enjoy the next chapter Susan - look forward to reading about it. Jane...
This error message is only visible to WordPress admins